As we advised last week, if you plan to bid the J-Wing project at Mount Sinai South Nassau Communities Hospital within the jurisdiction of Iron Workers Local Union No. 361 in Nassau County, you should prepare and submit two bids, one reflecting the A rate and the second reflecting the B rate.  Please also be advised IUOE Local Union No. 138 intends to give adjustments (concessions) with regard to the crane.  While bids were officially due Monday, November 2, our understanding is that bids will continue to be accepted this week.

The proposed four-story J-Wing addition to the existing Mount Sinai South Nassau campus is part of a larger cluster of planned development at South Nassau that will also include the Central Utility Plant, Emergency Electrical Infrastructure and Long Beach Medical Arts Pavilion.  The combined total cost of these four projects is estimated to be approx. $278M, with FEMA and HUD contributing a total of approximately $162M.  Additional information regarding the J-Wing project can be found here.  There is authority that the Davis Bacon Act does not apply to work funded by the FEMA Assistance Program, which reportedly is the funding source here.  The issue is unsettled at this point, which is why the suggestion to bid both the A rate and the B rate. 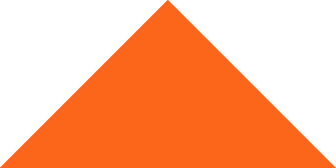